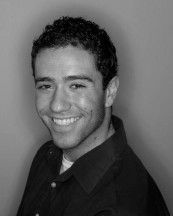 Flashback to some years ago: San Ramon Valley High Senior Ball. What should have been an amazing night was, for some reason, falling short. Then, in a moment, it all changed. Those in attendance will tell the story of a guy who was just brave (or crazy) enough to hop on stage unannounced and lead the entire senior class in the Cha Cha Slide. The rest of the party? Epic. That guy? Well, that was Ben Gershen, and Ben Gershen likes to dance.

Summers partially spent as a counselor and programmer at Camp Tawonga (near Yosemite) have made him legendary for teaching classes on how to “shuffle” and, well, as the kids retell it… This one time at camp, some unexpected rain threatened to ruin the fun that was to be had by all. Needless to say, morale was low — until Ben sprung into action. He rallied all the campers in the dining hall, threw on some tunes, grabbed the mic, and did what he does. It led to, as he explains, “the… sickest… dance party.”

As we mentioned, Ben Gershen likes to dance.

He also likes to grab a microphone, and we were more than happy to let him. Ben attributes much of his success as a MC/DJ to his background in dance. He understands the energy and rhythm of a party and brings a dancer’s perspective to every event he is a part of. To put it simply, he knows what rocks. He also knows his value as a performer. After all, Ben and his family chose Denon & Doyle to perform at his own Bar Mitzvah years ago. He remembers how important that day was for him and loves being able to return the favor for others, no matter the age or type of celebration.

Besides, he knows if he does his job right, it’s another chance to dance the night away and we all know that if one thing is true, it’s that Ben Gershen likes to dance.