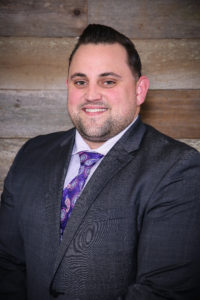 Let’s get one thing straight. Just because Buddy Buonviso is a proud Italian-American from Philadelphia, doesn’t mean he fits into any of the stereotypes Californians try to throw at him. You would think a DJ named Buddy from Philly is a smooth-talking, charming tough guy who can power-lift anybody out of the gym wearing his Eagles jersey to match an ensemble proudly displaying the colors of the Italian flag, and you would be absolutely correct.

But you know what? That’s what makes him so special. He knows who he is and doesn’t try to hide it. Which is why when Buddy talks about how he has been a Wedding DJ since he was 15 (not a typo), and has over a decade of DJ experience internationally, you can sense he is the real deal. When he tells you how he is consumed with making sure he orchestrates every single component of an event to ensure each guest has a great time, you know he means business.

Likewise, when Buddy flashes his pearly whites, cracks a joke to make you feel at ease, and can hold his own in any conversation ranging from football to fine wine (did we mention he is also a sommelier?), you know you’ve found the right DJ.

Buddy truly lives for the opportunity to celebrate other people. He also savors the moment at the very end of the night, when there is absolutely no way the venue or the city sound ordinance or maybe even the local authorities will allow another song to be played and a packed dance floor is staring at him pleading for an encore. It’s the ultimate sign of a job well done. “I really love the responsibility of making sure everyone has a good time,” he describes, “because I get to play a part in so many once-in-a-lifetime memories. There’s nothing else like it.”

So to recap, a DJ who has been rocking the club scene since before he could legally enter one as a patron, who can recommend a perfect wine to complement any occasion, who can basically deadlift an entire wedding party safely to their suites after their legs give out from all the dancing, and who also has some undeniable Philly flair? It might sound too good to be true to most, but to us, it just sounds like Buddy.