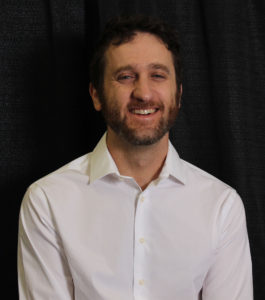 People person. Social butterfly. Outgoing. Easy to talk to. Describe it however you’d like, the point is that Seth Millstein is all about people. It’s not just a cliché, it’s a lifestyle. It’s more than just being fun or likeable, it’s a responsibility to care for your fellow man and woman. The balance of taking that responsibility seriously while also enjoying life is a challenge Seth happily embraces.

There are times when Seth looks around and can’t deny said responsibility of helping people. It’s moved him to volunteer his time and efforts, to organize fundraisers for causes near and dear to his heart.  Sometimes that responsibility forces him to dig deeper, to sharpen the lens through which he views the world—when watching a poignant film calls for critical analysis, when a conversation with a stranger at a coffee shop feels significant and cause for self-reflection.

Then there are other times, when Seth looks out and can’t help but focus on the beauty of just living life. It’s moved him to make frequent trips back home to spend time with his family, to attend various social gatherings and events with his friends, to appreciate the opportunity to be around people he loves.  Sometimes this perspective forces him to let go and just enjoy the moment—when going to the movies with friends is just for a laugh (or for this horror movie fan, a scream), when a conversation with a stranger at a coffee shop is just a conversation.

No matter the situation or sentiment, the one constant for Seth is music. He’s played in bands, produced his own music, and DJ’d in front of diverse crowds on many different occasions, from weddings to the club circuit, from ballrooms to Burning Man. “It’s really my love for people that makes DJ’ing so fun,” Seth explains, “when you can use music to connect with those around you, it’s a special feeling.” It’s a feeling he gets from helping others celebrate and create the soundtrack for their special moments. As a people person, Seth understands that sometimes a song is just a song, but the right song, at the right time, for the right people, can be so much more.